VIDEO: How to be a miracle worker: Gabrielle Bernstein at TEDxFiDiWomen

Home / Spirituality / Heightened Sensory Perception / VIDEO: How to be a miracle worker: Gabrielle Bernstein at TEDxFiDiWomen
Return to Previous Page

Featured in the New York Times Sunday Styles section as “a new role model”, motivational speaker, life coach and author Gabrielle Bernstein is making her mark. Expanding the lexicon for the next generation spiritual seekers, Gabrielle is a #1 bestselling author of the book Add More ~ing to Your Life — A hip guide to happiness. September 2011 Gabrielle launches her second book, Spirit Junkie, A Radical Road to Self-Love and Miracles. In 2008 she launched her social networking site HerFuture.com for young women to find mentors. HerFuture’s growing community exceeds 12,000 members.

VIDEO: How to be a miracle worker: Gabrielle Bernstein at TEDxFiDiWomen 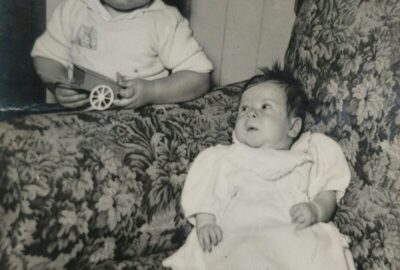 “I know I am at my happiest when I receive a dream that shows me, my reflection in a window with the face of a black African and then I start flying.” Croweman, NZ. Chapter 10 The Second Birth of Robert Michael Wilson Well after the shock of being still born at my first attempt of starting life as Robert Michael Wilson, I feel it is really worth doing a greater preparation as I now know the privilege of an existence in matter. I started reviewing my last 68 years and realised I did not want to give it up… 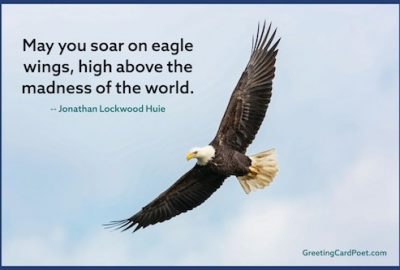 “No problem can be solved from the same level of consciousness (of physical matter) that created it.” Albert Einstein. We need to go deeper to our inner strength of consciousness. Chapter Nine. Why Bad Things sometimes happen to Good People. Domestic Violence. An Integrative Way to connect with the problem. The Law of Causality, the Law of Karma and the Law of Grace. Hannah Clarke (8 September 1988 – 19 February 2020) was an Australian woman who was fatally burned in a petrol fire in her car in a murder- suicide by her estranged husband, Rowan Baxter, along with their… 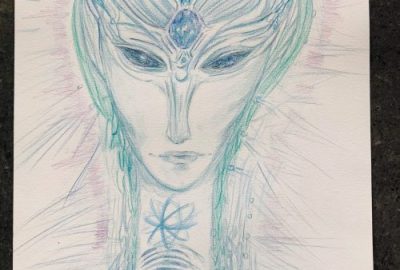 “Use Fractal Time to Go back in Time to Restart your journey with a new intention and a different resultant outcome.” Gregg Braden, Fractal Time. Chapter 8. The First Birth as Robert Michael Wilson. I enter into a very pleasant dream in the early evening. First, I see myself twenty-five-year-old self, Tomas, in my old bedroom downstairs in the house I grew up in Ashgrove, Brisbane, Australia. Tomas is my subconscious spiritual mind name. This dream is bringing back many good memories where my elder brother Paul Wilson and I spent during our late primary and early secondary school days…. 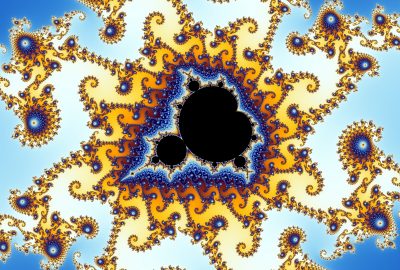 “Believe only what you test and judge to be true.” Siddhartha Gautama, the 28th Buddha. Chapter Seven. The Black Buddha is a Fractal Mathematician. This is a strange place to wake up in. I feel like I am in a big box full of wires. I can hardly move around and it is very dark. This feels like a nightmare. It is so hot in here. My body feels like it is sweating profusely but there is no dripping feeling like in a sauna. I can hear the mechanical wiring of the old-fashioned tape recorder machine motors here inside this… 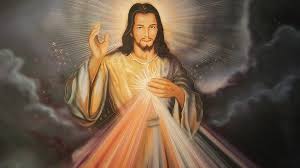 “You are my refuge, my Light in the land of the living” Psalm 142: 5. Chapter 6. Frank, the Heart Mechanic. In July 2014, Anni (New Era) Methods and I met in Townsville studying the fifth section of the Emmett technique using finger acupuncture and trigger points. As I sat down next to Anni, I felt an overwhelming presence of her powerful star seed energy. After two days of study and before we left for home, I said to Anni that I have felt her powerful star seed energy and that she should discover how to use this for the…

Alive Radiant Therapies
5.0
Based on 48 reviews

Tarita Botsman
03:23 27 Aug 20
Incredible massage work and highly recommended! Book in with Robert today. His work is SO needed in the world right now. A day after my massage I felt renewed, refreshed, revived but a week later I... feel 10 years younger! On an energetic level - I have remembered who I am, and why I am here. Thank you for your healing hands, energy, guidance, wisdom and knowledge. It is so gratefully received and I would like to acknowledge the huge difference you are making to so many people. Thank you Robert.read more

Sylvia Robinson
02:13 02 Jun 20
Robert has a fantastic knowledge of the body and muscle systems - and his treatments have always worked for me and my husband. highly recommended indeed..

Mary Dilleen
06:38 07 Apr 20
Robert is a very caring and skilled healer who has an extraordinary breadth of knowledge in the field of 'total' health and well-being. I don't think there are many things Robert doesn't know about!... I highly recommend Robert for anyone who is wanting to explore more about themselves and their true potential.read more

Kathryn Walker
06:24 14 Mar 20
Robert at Alive Therapies is amazing at what he does! He could find all my aches and pains in my body and treat them . He is very professional and so talented at what he does!!!!!!

El Ka
01:54 11 Mar 20
Robert is an amazing therapist who looks at the big picture in life and in treatments. It is a real privilege to have someone so knowledgeable, progressive and kind in Brisbane. The time and thought... he has taken to respond to his reviewers is testament to his calibre. Thank you for being a teacher as well as a therapist, Robert.read more

lezley stewart
12:58 02 Mar 20
Robert's was the best massage I have ever had. He was extremely thorough and explained why he was massaging all areas. I thoroughly recommend Robert to anybody contemplating a remedial massage. ... Wonderful treatment. Thank you very much, Robert.read more

Gary Stone
08:50 24 Feb 20
Rob Vicary is master therapist. His knowledge of the human body and our energy systems is amazing . He has relaxed my whole system and relieved me of much distress . Thanks Rob .

Paula Dilleen
22:30 21 Feb 20
Some years ago, I took my now 17 year old sons to Robert for a massage. They were very unhappy and nervous about the whole business. They came away from the experience saying that they would like to... go back for a cup of tea and a chat! Since then, many rugby mishaps and duelling brother incidents later, Robert has worked wonders with both their bodies and their attitudes. From my personal perspective, I go into Robert's clinic all misshapen and with ill-defined issues and come out feeling like I have been seen, heard and realigned. I cannot recommend Robert highly enough.read more

Jo Haines
01:38 27 Oct 19
Thankyou so much Robert for amazing reflexology and massage that absolutely frees all the knots and blockages leaving you blissfully relaxed. The Universe always leads me to exactly where I need to... go and I certainly recommend Robert for his healing and wisdom. Joread more

Joe Quarmby
09:09 24 Oct 19
Robert is awesome, such an amazing person who is very skilled at what he does.

Natalie Kl
08:49 22 Oct 19
Very enjoyed the treatment and happy that the pressure in my back and pain in my hands was gone after the treatment.

LLD
09:49 16 Oct 19
Robert helped me when all of a sudden I had "wry neck" It was incredibly painful, I could hardly move my head. One visit and I was well on my way to recovery. He also helped with muscle issues... related to a broken leg I had earlier in the year. I am so glad I found him. Feeling so much better! Thanks Robert!read more

Gemma Rivers
10:09 17 May 19
I cannot more highly recommend Robert’s treatments. To say he is a massage therapist is massively understating what his treatments entail. It is a total body rejuvenation. He uses incredible... intuition and technique to really unblock the painful areas in your body and get you moving physically and emotionally again. You will not regret seeing him!!read more

Thea Biesheuvel
23:14 12 Mar 19
Tender, loving care over all my aches and pains with empathy layered on. What could be better? The physical and psychological effects long outlast the treatment

Angela Mangano
13:13 05 Mar 19
Highly recommend remedial message and energy work with Robert at Alive Radiant Therapies. He is very intuitive and knows how to tap in to aches and pains. I have been a client for a few years and... he is amongst the best of the best! I often leave feeling like I might float home. Thank you for the great work you do Robert. You offer a great service and I commend you on your natural healing abilities.read more

Jim Cohen
03:35 24 Jan 19
Turned up at Radiant Therapies : a) wound up like a clock b) expecting an easy relaxing massageWell, I have to say, because of my poor condition, relaxing is not what I got. An hour of full... participation in my therapy, as opposed to lying back expecting Robert to do all the work, made things fall into place. Yes, there were parts of me that needed a bit more coaxing to release tension than others but when complete, I felt like I had been given a kick-start into a new me! Well done Rob, you are a masterread more
Next Reviews