How is CBD Good for Me?

Home / How is CBD Good for Me?
Return to Previous Page

What Are Benefits of CBD Oil? 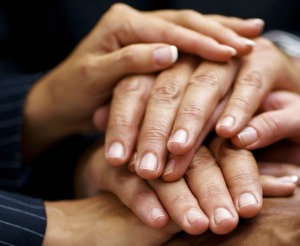 Cannabidiol (CBD) is the most predominant cannabinoid in hemp, and has many beneficial properties.

In its patent (#6,630,507) titled CANNABINOIDS AS ANTIOXIDANTS AND NEUROPROTECTANTS, the U.S. federal government makes many impressive claims about CBD, stating that: 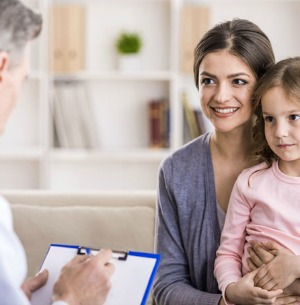 CBD hemp oil is safe for the whole family, and more scientific
studies are validating this all the time. Among the most prominent health care professionals who support the use of non-psychoactive CBD is physician and researcher William Courtney, M.D. Some of his research is here.

Alive Radiant Therapies
5.0
Based on 70 reviews

Angus Macqueen
04:21 05 Jan 22
I have had one session with Robert so far. I have Parkinson's Disease, moderately advanced, and the driver for me w as to review any aspects other than medications that might be incorporated... into my efforts to minimise the symptoms of the condition.I underwent a therapeutic remedial massage desi.gned to help establish a baseline for my condition , upon which an integrated medical approach to treatment might be anchored.I look forward to working with Robert to test this approach..read more

Noela Macqueen
22:44 04 Jan 22
Alive Radiant Therapies provides an excellent experience that can IF ONE WISHES help to draw together many aspects of one's being. Robert is caring, client focused and multi skilled, he has no... hesitation to recommend other practitioners when necessary. I will continue to work with Robert for as long as is needed.Yours sincerely Noela Macqueen.read more

Helen McN
06:57 02 Jan 22
A true body healer. It was a great experience to have a professional work on my body who could tell me why different areas were sore/tight and then to release these areas. I went from feeling like a... person who had been shrink wrapped to an revitalised person after my sessions with Robert. He is a true healer of the body.read more

Toby Carrigan
03:07 23 Nov 21
Rob is an exceptional man and a fantastic massage therapist - he is kind, compassionate and an all-around great bloke - cannot recommend his services enough!

Terry Hitzke
22:23 14 Sep 21
If you are looking for a caring, attentive and experienced practitioner then this is the clinic for you.Robert is happy to pass on his wealth of knowledge during treatments and his gentle but... effective touch has soothed many of my complaints.Highly recommended.read more

Shirley McGregor
23:13 27 Aug 21
This interactive session with Robert was very enlightening. I shall be returning again to receive maximum benefit and more understanding on how to release blockages in my own body and thus create... healing.read more

Lynn May
05:10 17 Jul 21
Quality of Life Changing ExperienceI have been having massages for years - what Robert provides is so much more. He's removed blocks that have been there for years - and after a week they have not... come back despite a stressful lifeI love that he explains what he is doing and teaches you to do it for yourself so you can continue to make progress on your ownread more

Gary Pedler
12:55 11 Jul 21
I've recently been massaged by Robert Vicary at this clinic. I found Robert to be very knowledgeable, very effective and enthusiastic about his craft. I was impressed at his skill level and the... relatively few years he's taken to achieve it. Naturally I'd recommend anyone to him.read more

Hannah Michelmore
04:15 30 Jun 21
I have been visiting Robert for reflexology massage for many years now and he has done wonders for my Crohn's Disease/Anxiety. His massage warms up/calms my entire body and relaxes all of the tension... and stress that can build up with my daily struggles. He is so passionate about what he does and has extensive knowledge on natural healing and spirituality. He is always teaching me positive ways of being and thinking and has helped me grow as a young woman. Robert is so amazing that everyone in my family is hooked!read more

Ray Rogers
02:41 23 Jun 21
My wife and I attended ART recently and were very satisfied and happy with the professional and friendly service provided. The willingness to explain all processes and procedures and answer all and... any questions was appreciated.read more

Elisabeth Coyne
08:00 21 Jun 21
Very detailed and tailored massage and reflexology, feel great after. Lovely environment and very professional massage and communication. Recommend for any one with specific problems as beautifully... focused approach.read more

Mark Thomas
03:52 10 May 21
I have been seeing Robert for over five years.His goal is help people get out of pain and then to maintain it.He is dedicated and passionate about helping people to live a healthier and happier... life. This is what he does very well.read more

Art Class Online With Donna Gibb
21:11 04 May 21
Robert is not just a massage therapist. He genuinely cares about his clients welfare, and shares his holistic approach and intuitively knows how to help. If your back feels like a twisted train... track, book an appointment today!read more

wendie hirsch
05:41 09 Mar 21
I often visit Robert Vickary for therapeutic massage treatment and have never met another professional with more detailed knowledge of the parts of the anatomy that he deals with. Robert is very... professional and I always depart feeling better after his treatment for which I am grateful. I highly recommend him.read more

Ross Slavov
04:51 05 Mar 21
I went to see Robert for chronic back pain and after just one treatment i can cay that I'm almost pain free and feel amazing. I would definitely go again and would be recommending to my friends and... familyread more

Toni Janke
23:23 23 Feb 21
Rob is an amazing professional therapist who has extensive knowledge and expertise in healing the body and assisting with aligning the body's energy. He has a non-intrusive, gentle and loving way of... working with the mind, body and spirit. He is very welcoming and made me feel relaxed and calm at a deep level. I would highly recommend him.read more

Rosemary Rands
05:53 05 Jan 21
Robert knows his stuff! I felt at home as soon as I walked in the door and I left floating on a cloud as I let it all go whilst reconnecting to my mind body and soul. Thank you Robert and I can't... wait to go back next week!read more

Michael Percival
05:26 09 Oct 20
Robert definitely has a healing gift. His unique treatment worked for me. Robert has a genuine good feeling for people and is very positive and encouraging.

Gaibrielle Scaglione
14:21 15 Sep 20
Robert 's knowledge and technique has given excellent results - even after my first session I can feel a huge difference.A heads-up to those who haven't had myofascial release done before: It is... uncomfortable AND totally worth the discomfort for the results.read more

Tarita Botsman
03:23 27 Aug 20
Incredible massage work and highly recommended! Book in with Robert today. His work is SO needed in the world right now. A day after my massage I felt renewed, refreshed, revived but a week later I... feel 10 years younger! On an energetic level - I have remembered who I am, and why I am here. Thank you for your healing hands, energy, guidance, wisdom and knowledge. It is so gratefully received and I would like to acknowledge the huge difference you are making to so many people. Thank you Robert.read more

Sylvia Robinson
02:13 02 Jun 20
Robert has a fantastic knowledge of the body and muscle systems - and his treatments have always worked for me and my husband. highly recommended indeed..

Mary Dilleen
06:38 07 Apr 20
Robert is a very caring and skilled healer who has an extraordinary breadth of knowledge in the field of 'total' health and well-being. I don't think there are many things Robert doesn't know about!... I highly recommend Robert for anyone who is wanting to explore more about themselves and their true potential.read more

Kathryn Walker
06:24 14 Mar 20
Robert at Alive Therapies is amazing at what he does! He could find all my aches and pains in my body and treat them . He is very professional and so talented at what he does!!!!!!

El Ka
01:54 11 Mar 20
Robert is an amazing therapist who looks at the big picture in life and in treatments. It is a real privilege to have someone so knowledgeable, progressive and kind in Brisbane. The time and thought... he has taken to respond to his reviewers is testament to his calibre. Thank you for being a teacher as well as a therapist, Robert.read more

lezley stewart
12:58 02 Mar 20
Robert's was the best massage I have ever had. He was extremely thorough and explained why he was massaging all areas. I thoroughly recommend Robert to anybody contemplating a remedial massage. ... Wonderful treatment. Thank you very much, Robert.read more

Gary Stone
08:50 24 Feb 20
Rob Vicary is master therapist. His knowledge of the human body and our energy systems is amazing . He has relaxed my whole system and relieved me of much distress . Thanks Rob .

Paula Dilleen
22:30 21 Feb 20
Some years ago, I took my now 17 year old sons to Robert for a massage. They were very unhappy and nervous about the whole business. They came away from the experience saying that they would like to... go back for a cup of tea and a chat!Since then, many rugby mishaps and duelling brother incidents later, Robert has worked wonders with both their bodies and their attitudes.From my personal perspective, I go into Robert's clinic all misshapen and with ill-defined issues and come out feeling like I have been seen, heard and realigned.I cannot recommend Robert highly enough.read more

Jo Haines
01:38 27 Oct 19
Thankyou so much Robert for amazing reflexology and massage that absolutely frees all the knots and blockages leaving you blissfully relaxed. The Universe always leads me to exactly where I need to... go and I certainly recommend Robert for his healing and wisdom. Joread more

Joe Quarmby
09:09 24 Oct 19
Robert is awesome, such an amazing person who is very skilled at what he does.

Natalie Kl
08:49 22 Oct 19
Very enjoyed the treatment and happy that the pressure in my back and pain in my hands was gone after the treatment.

LLD
09:49 16 Oct 19
Robert helped me when all of a sudden I had "wry neck" It was incredibly painful, I could hardly move my head. One visit and I was well on my way to recovery. He also helped with muscle issues... related to a broken leg I had earlier in the year. I am so glad I found him. Feeling so much better! Thanks Robert!read more

Gemma Rivers
10:09 17 May 19
I cannot more highly recommend Robert’s treatments. To say he is a massage therapist is massively understating what his treatments entail. It is a total body rejuvenation. He uses incredible... intuition and technique to really unblock the painful areas in your body and get you moving physically and emotionally again. You will not regret seeing him!!read more

Thea Biesheuvel
23:14 12 Mar 19
Tender, loving care over all my aches and pains with empathy layered on. What could be better? The physical and psychological effects long outlast the treatment

Angela Mangano
13:13 05 Mar 19
Highly recommend remedial message and energy work with Robert at Alive Radiant Therapies. He is very intuitive and knows how to tap in to aches and pains. I have been a client for a few years and... he is amongst the best of the best! I often leave feeling like I might float home. Thank you for the great work you do Robert. You offer a great service and I commend you on your natural healing abilities.read more

Jim Cohen
03:35 24 Jan 19
Turned up at Radiant Therapies :a) wound up like a clockb) expecting an easy relaxing massage Well, I have to say, because of my poor condition, relaxing is not what I got. An hour of full... participation in my therapy, as opposed to lying back expecting Robert to do all the work, made things fall into place. Yes, there were parts of me that needed a bit more coaxing to release tension than others but when complete, I felt like I had been given a kick-start into a new me! Well done Rob, you are a masterread more
Next Reviews